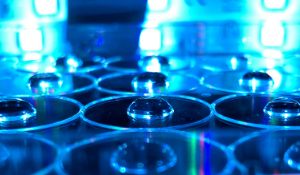 Discover How They Started Acorn Biolabs and What it Means to Them.

Q. What was the genesis for Acorn Biolabs?

I met Steven and Patrick while I was Chief Science Officer with EpicCapital. At that time I was advising emerging companies in the health and biotech space and meeting both of them was a very natural connection for me due to my experience in medicine. Prior to EpicCapital I had been involved with a team who was investigating cell therapy as replacement for surgically-implanting mechanical knees in patients. We were removing patients cells from their bodies, reprogramming them into cells that would grow into their own human cartilage and re-inserting them into patients - avoiding the need to implant mechanical knees. While it was an incredibly rewarding experience, I also got to see first hand the great disappointment in patients who were older and aging trying to leverage this cell therapy versus younger patients. It seemed that the younger the patient the higher the success rates.

At a very young age, I had a personal obsession with human longevity. In my highschool years I became convinced by the idea that science could, in my lifetime, have a real impact on improving how long people lived. Since then I've constantly been exploring ideas, tinkering with the science and developing skills relevant to the challenges posed by human longevity. Earlier in my career than I had expected a powerful idea presented itself that I couldn't ignore. That idea has grown to become what Acorn is today.

I met Steven in the lab at the University of Waterloo. He had been working in labs supporting some researchers who needed cells divided out and preserved for research. I had been working in the area of cellular and molecular biology and had come to really be drawn to Steven’s passion for healthspan and longevity. In some of Steven’s early endeavours, I found myself side by side with him and that’s how our collaboration really began. My Masters was in cell nutrition and since he was looking at science solutions to healthspan, working together was a very natural evolution of our friendship.

Q. When did you decide that you had something special with Acorn?

Drew - Meeting Patrick and Steven in many ways felt very much like serendipity as we compared notes: Together we quickly realized that Steven’s vision around cell division and technology for longevity; combined with Patrick’s focus on cell nutrition and preservation; with my background in emerging health technologies and biomedical engineering was a winning combination to create something that could truly change the way people thought about personal healthcare.

Patrick - We very quickly realized that while the industry was rapidly finding more and more ways to leverage cell therapy as medical treatments - the problem was that traditional cell sources were incredibly invasive ways for consumers to collect cells. Drawing blood and even complicated and painful bone marrow collection services had to be done in clinics which meant they were expensive and often in remote locations. That ultimately kept cell therapy out of reach for many people.

Steven - What was also striking for us was that we saw this emerging market of people doing cheek-swabs using saliva cells to get DNA, ancestry information and basic health reports. So we knew that consumers were starting to understand the value of their cells and were quickly embracing the idea of collecting them. But as scientists we knew that saliva cells were dead cells and that they would have no therapeutic value to a patient when faced with an illness - nor could they be leverage for any meaningful genetic information. With Drew’s support, we quickly landed on needing to find a less invasive cell source - one that could be collected at home much the way saliva cells could - but the idea was to keep cells alive in transport and to safely and securely bank them for future therapeutic use.

Drew - We spent a long time exploring different avenues and landing on hair follicles as the source was the ideal solution. Easy, accessible, pain free and affordable collection protocols could be created along with the proprietary mechanism for transporting the live cells until they could be cryopreserved - that was our passion. And what it meant was the potential for accessible personalized healthcare for everyone.

Q. Why science? When did you discover science as a path and what attracted you to it?

Drew - My father was a doctor, in fact he went to medical school late in life only after a successful career as a baseball pitcher. As part of his baseball career he was sent on tour in Vietnam and was struck with the passion for helping people and medicine from that very visit. Returning to Canada at the mature age of 35, he managed to enroll in medical school and spent the rest of his career using medicine to help people. Growing up surrounded by that passion - you just can’t help but be influenced. I can recall more than once having to hop on a plane in the USA after a game for an overnight flight to Toronto to write an exam and then go back to baseball.

Patrick - I grew up magnifying everything! I was deeply interested in microscopes and for many years - I probably viewed much of the world around me in microscopes...bugs, plants, anything I could find I would take under the microscope. I also had great influences around me early in life that encouraged science and allowed my playgrounds to be science fairs and projects - one in particular where I harnessed the power of the sun at the ripe age of 11! I was especially fortunate to have a grandmother who was very encouraging of my love of science and kept feeding it. I still am today a strong believer of the role that education and upbringing can have at a very young age in the youth of today to encourage and support science innovation. I believe that the idea of “play” for kids - if tied to science “fun” - can be an incredibly strong motivator for kids to develop a passion for science.

Steven - The lightbulb for me went off equally early. Initially drawn to the philosophy around death and life, I explored life sciences at university. I looked at the brain as a way to improve lifespan but I also explored gene therapy as an area of study too. But it was really when I discovered the iGEM organization (a university competition hosted by MIT on genetic engineering) that I really found my passion. iGEM exposed me to this whole environment of research and innovation around life sciences, and I knew I had found a great place that would ultimately end up motivating me to build Acorn.

Q. What excites you most about the opportunities that Acorn presents?

Drew - There is such excitement around advancements in cell therapy today - not a day goes by that we don’t hear about science solving yet another health challenge with our own human cells. But my biggest worry is that people are not paying enough attention to this space, and are getting confused by some of the mixed messages and that they will end up letting the opportunity slip away from them. Then suddenly, in 5 or 10 years when they develop an illness that can absolutely be cured with cell therapy, finding out that their cells are no longer able to be used as a viable resource due to age and degeneration. I really get excited about the opportunity that Acorn has to educate and inform this space on the immense value our younger cells could have. Your cells at 20 are better than they will be at 30 but similarly your cells at 40 or 50 years old are much more viable than they are at 60 or 70 years old.

Patrick - Discoveries like IPSCs and CRISPR have really given us immense opportunity as biologists, scientists and the entire medical community to pay attention to our cells. Very recently there was a child in Germany diagnosed with Epidermolysis Bullosa (butterfly skin). Doctors used a piece of the child’s no affected skin and grew it in a lab. Using genetic editing techniques to reprogram the cells, they grafted the new cells back onto him - and now he is recovering from his illness. That’s what excites me - how real the opportunity really is. Most often, biologists find career paths in science and research on things that they may never see materialize in their lifetime. Our work at Acorn is different in that we have an opportunity as scientists today, and in our lifetime to have a material impact on personal healthcare.

Steven - For me, Acorn is about doing something significant for human healthspan. I know that in my lifetime, if we apply our energy and resources to life sciences we can absolutely solve some of the biggest health challenges of our time. Spending all day contributing to something as significant as helping to eradicate disease, and enabling people to take control of their own health - that is the greatest job in the world. We have created a company and a consumer health service that is going to forever change how we all think about our personal healthcare. And that’s pretty amazing.